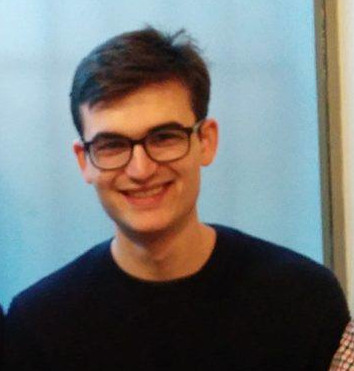 Having completed the MSc in Fusion energy here at York, I will be working towards my PhD under the supervision of Prof. Nigel Woolsey. The focus of my work will be on shock ignition; an advanced drive variant of inertial fusion experiments, with the title “Plasma kinetics, pre-heat, and the emergence of strong shocks in laser fusion”.

Conventional inertial confinement fusion or ICF experiments aim to compress a deuterium-tritium filled capsule to high densities and then to high temperatures in order to induce fusion reactions. With correct timing, an intense spike in laser power can drive a strong shock wave into the the compressed deuterium-tritium fuel to coincide with the peak compression and initiate fusion. The physics that underpins the plasma kinetics associated with launching the intense shock, and the effect of energetic or ‘hot’ electrons on the capsule performance, are poorly understood.

My work has centred around investigating the laser-plasma-instabilities involved in launching the shock and characterising the hot electron population that they produce. These hot electrons are unavoidable in the shock ignition regime and so work is being done into whether they can be controlled to enhance the shock and improve the ignition process.