“The Energy Transition – What is the role of nuclear technology in a world of growing alternative power and digital innovation?”

Following the approval of their essay abstract for the Spark! Competition, York Fusion CDT students Philip Bradford, Andrew Malcolm-Neale and William Trickey were invited to an essay workshop and networking event in March 2018. The workshop was held at the Residence of the British Ambassador in Paris and boasted an impressive array of guests holding senior positions in the French and British nuclear fission sector. It was a hugely valuable opportunity to meet engineers and project managers from all aspects of the nuclear field and many were interested to hear about developments in fusion technology and the work being done by the Fusion CDT. There was a talk by Kirsty Gogan from Energy For Humanity about the current performance of European countries in reducing their carbon emissions, highlighting the vital role nuclear energy will play in de-carbonising the global energy mix. The workshop ended with a tour of the Challenger Building, which is both the headquarters of Bouyges Construction and a towering example of how to combine architecture, urban planning and engineering to create buildings with a positive net energy output. As they move into the final stages of writing their essay, Philip, Andrew and William will be mentored by Xavier Perette of INSTN and Melanie Sachart (EDF project manager at Hinckley Point C).

Spark! is funded and run with the help of EDF, Framatome, INSTN, EY, Rolls Royce and Assystem.

Philip, Andrew and William in front of the Challenger Building (Bouyges Construction HQ) 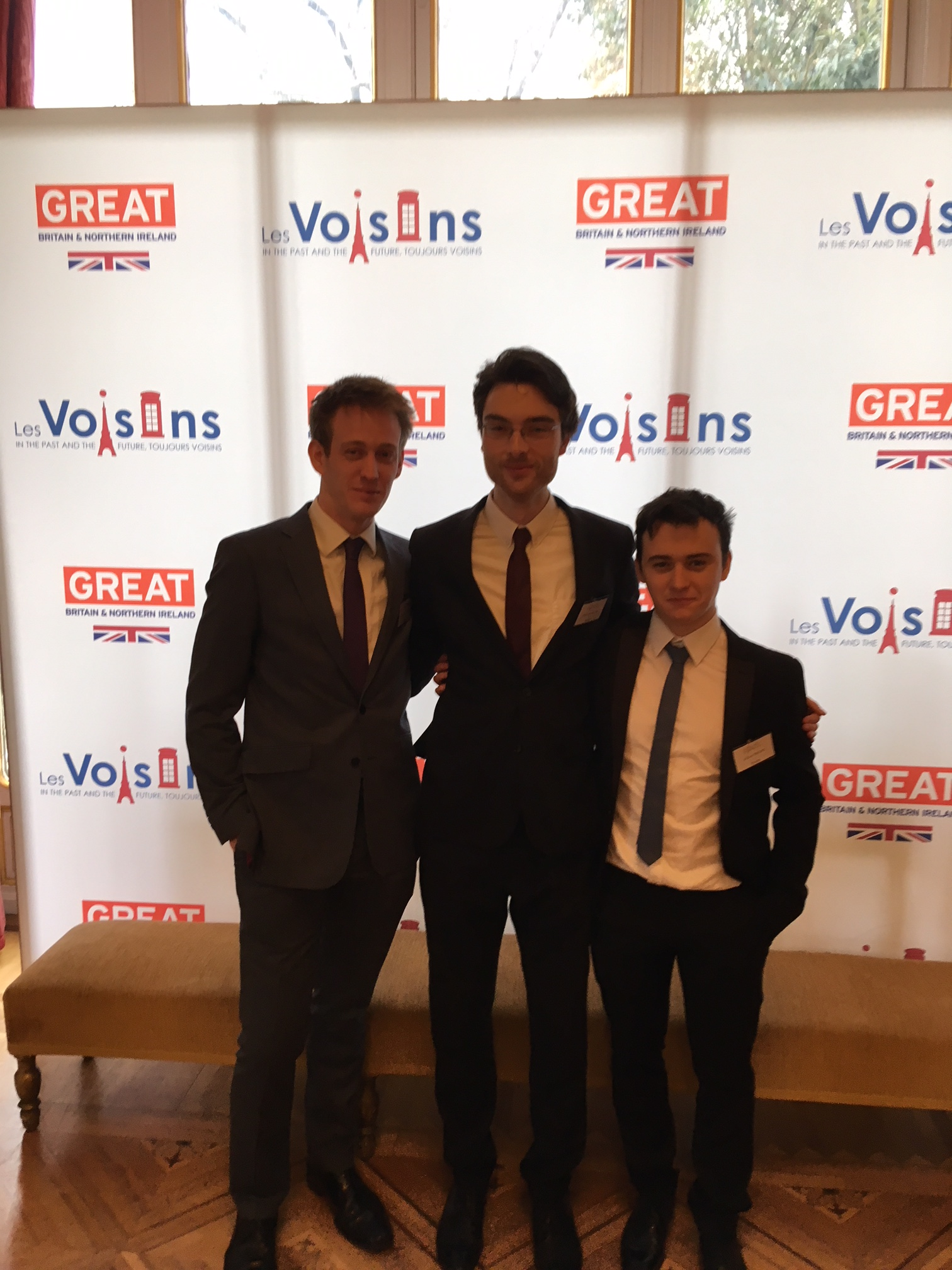