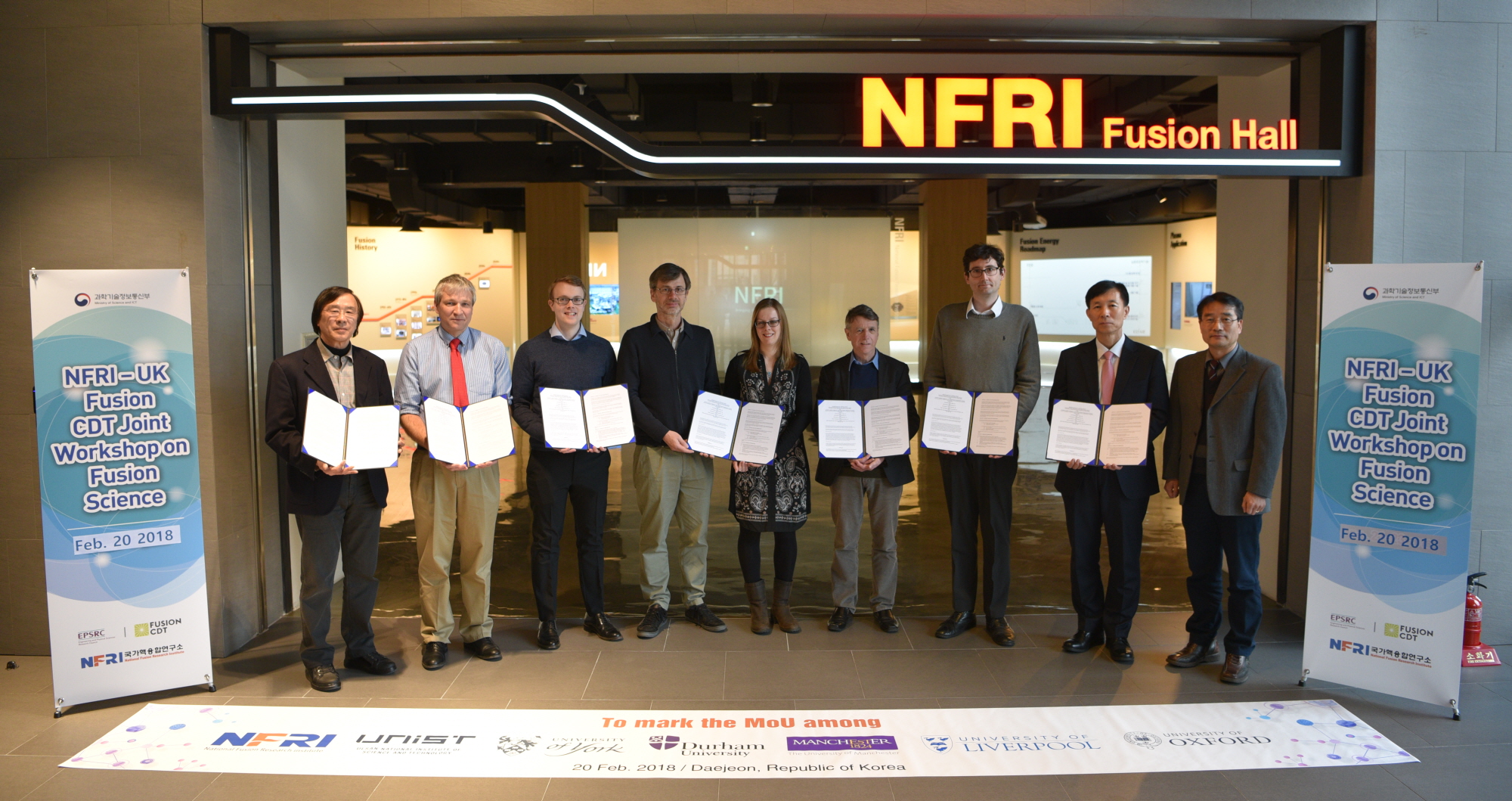 Above: Representatives from the Fusion CDT and from NFRI holding the Memorandum of Understanding.

“The Fusion CDT has signed a Memorandum of Understanding with the South Korean fusion programme to collaborate on research related to the KSTAR tokamak. KSTAR is a superconducting device which is an important step in the development of continuous, high performance modes of tokamak operation. As KSTAR is extremely well diagnosed, it also has a strong physics programme. The collaboration kick-off meeting was held at the National Fusion Research Institute (NFRI) in Daejon, South Korea. Due to the large number of very impressive talks we had a tight schedule but we managed to fit in a guided tour of the KSTAR torus hall. After the workshop, the UK delegation of 19 people participated in the KSTAR Conference where I had a chance to present my poster titled “Analysis of the pedestal structure and stability in H and D plasmas on JET-ILW”. The poster session brought many fruitful discussions and in my opinion the trip was absolutely successful. It serves as a good basis for further discussion between UK and KSTAR physicists to start a strong collaboration and bring the realisation of fusion a bit closer”. 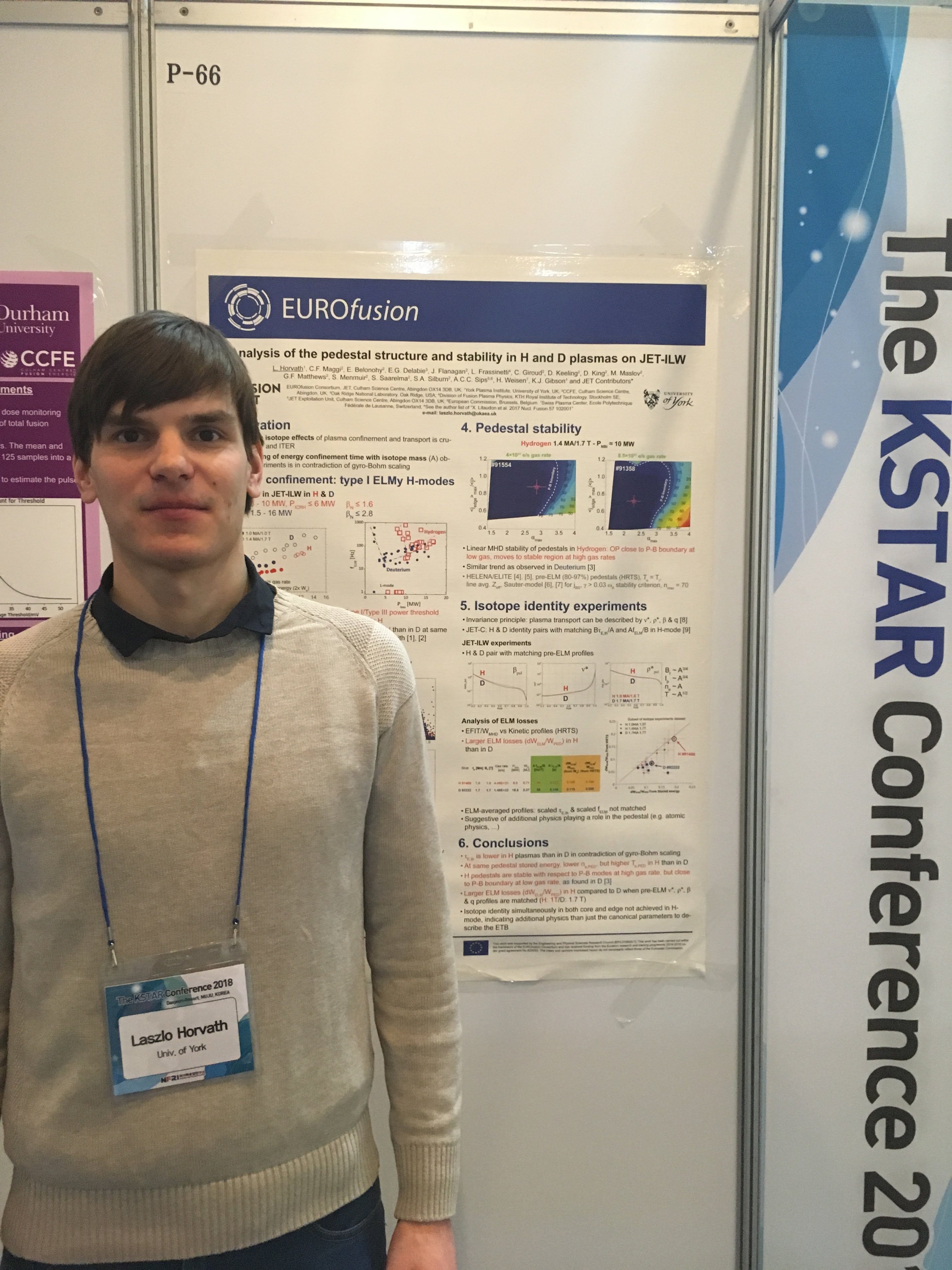 “Last week a group from the Fusion CDT went to NFRI in South Korea, home of the KSTAR tokamak, to discuss how we could turn the newly-signed memorandum of understanding into full collaborations. After a few days seeing Seoul, and a cheeky visit to see the winter Olympics, I travelled to Daejon, home of the National Fusion Research Institute. We had a tour round their tokamak, KSTAR, which was very impressive, and were treated to some great Korean food. Both groups gave a series of talks on their research, highlighting areas of potential collaboration, with healthy discussion afterwards.

KSTAR has impressive diagnostics which produce data of very high quality, and they were keen for us to put that to good use analysing it.

Following the workshop in Deajon we took a bus to the Muju mountain resort for the annual KSTAR conference. The conference was very interesting, with speakers from Korea, Japan, Russia, the US (and us!). It was held in a Bavarian-style ski resort which made for some beautiful views.

I’m excited to follow up on some discussions of collaboration I had while at NFRI, and maybe I’ll get to visit Korea again…” 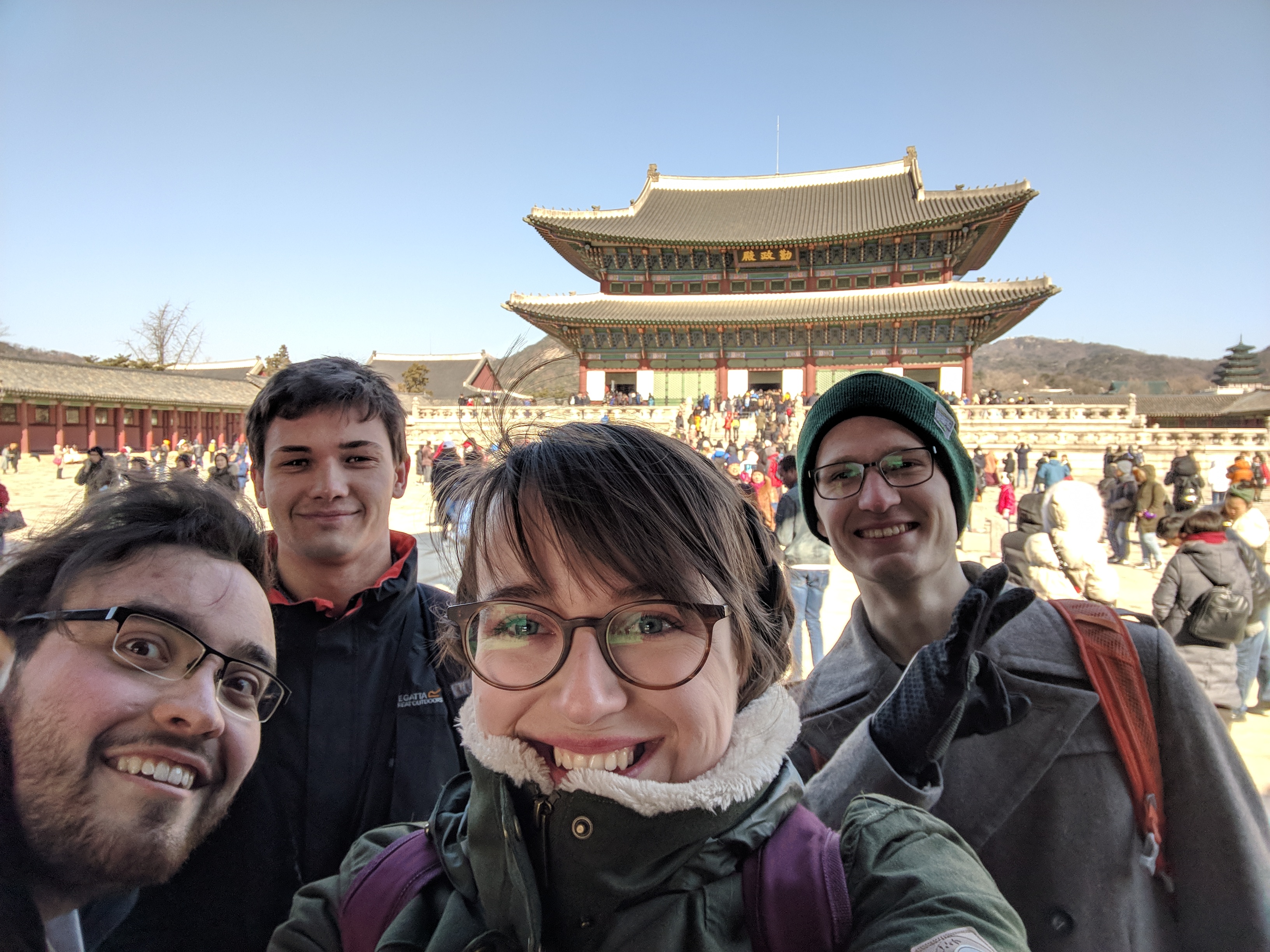