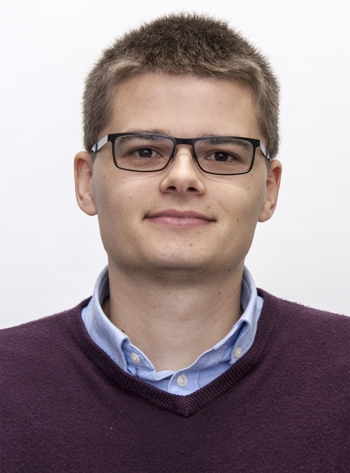 Oxide-Dispersion Strengthen (ODS) steels could form the major structural components fusion reactors and will be exposed up to 600C with neutron damage levels of up to 200 displacements-per-atom. These steels obtain high temperature operation (600-800C), high radiation damage resistance and high yield strength that are derived from a nano-oxide dispersion of yttrium containing particles. However, the traditional manufacturing routes are insufficient due to the immiscibility of yttrium in iron. Thus, powder-based metallurgy and novel sintering techniques have been developed to produce ODS steel.

Neutron irradiation damage in ODS steels is currently not well understood and campaigns that reach high damage levels are very time consuming, expensive and the specimens become highly radioactive. Thus, ion irradiation has been developed to become a surrogate for neutron irradiation however with minimal validation. This PhD project is investigating the microstructure and mechanical properties of neutron and ion irradiated ODS steels that were manufactured at the University of Oxford.

Atom probe tomography will yield information on clustering, segregation and the chemical distribution of the yttrium-containing nano-oxides. These features could yield vital information to the explanation of hardness changes (gathered by nanoindentation) and fundamental radiation damage mechanisms.

By using this direct comparison methodology, the overarching question how accurately ion damage simulates neutron irradiation can start to be formulated.  This study will combine microstructural, chemical and mechanical measurements on the same sample areas at the same length scale for the first time.