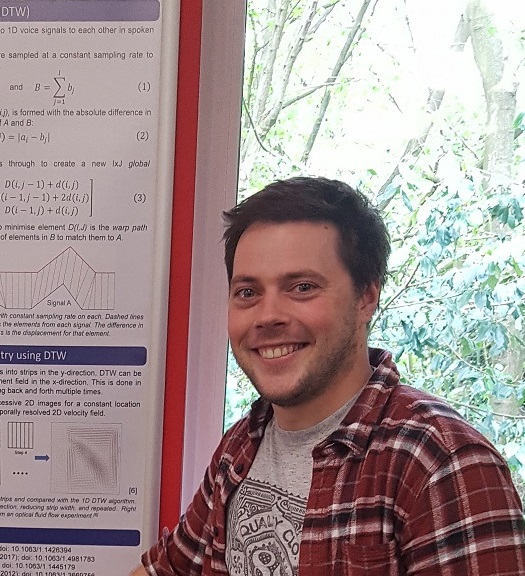 I graduated with a BSc in physics from the University of Manchester in 2011. I spent the next few years working mainly as a maths and physics tutor for GCSE and A level students before taking a break to travel in 2014. Upon my return I continued working as a tutor as well as branching out into teaching in schools. I decided to change careers and joined the Fusion Energy MSc at the University of York in 2016/17. I am now starting a PhD on the Fusion CDT under the supervision of Istvan Cziegler (YPI) and Anthony Field (CCFE).

As plasmas in magnetic confinement experiments can reach temperatures in excess of a keV, their interaction with vessel walls is of great importance and interest. It is at this edge, where magnetic field lines can pierce sollid surfaces, where the most turbulent area of the plasma lies. Since turbulence is widely regarded as the main mechanism responsible for the majority of heat and mass transport between magnetic flux surfaces, its analysis is central to the success of controlled fusion.

It is within this exciting area of physics that I shall be conducting my research.