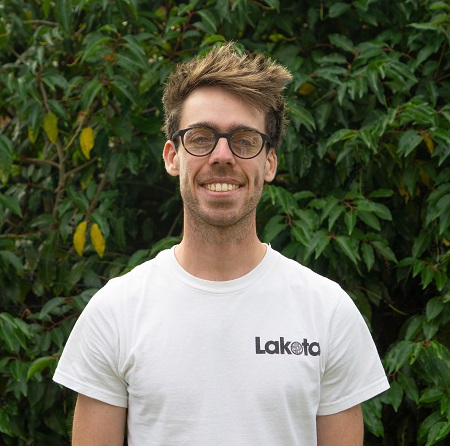 In the course of completing a degree in Chemistry at the University of Bristol, I spent a year working as an intern in the materials department at the Schlumberger Gould Research Centre – analysing the mechanical properties of the compound polymer systems used in mud motors. After returning to the university for my masters year, I produced a thesis investigating the effect of a magnetic field on the structure of poly aromatic molecular crystals as part of the ‘Hall’ group. The idea being, the induced currents in the aromatic molecules would favour alternate packing structures in the crystal.

After graduating, I wanted to see the world, deciding to take off with a tent and a bicycle and cycling from London to Sydney over a period of 18 months. During this time I was involved in freelance journalism, becoming passionate about energy and advocating cycling for others interested in long distance touring. The experience was so much more than I could have imagined, and hence, I used the money earned from writing to support me cycling on across New Zealand and up South and Central America – from Lima to Mexico City – before covid brought me home.

Now at Oxford, I have started my PhD under the supervision of David Armstrong and Chris Grovenor. I am working on developing lithium containing ceramics for use in a breeder blanket, where I will be analysing and synthesising primarily lithium titanates, to assess their suitability in tokamak reactors. These materials will be used re-generate the tritium fuel required to run the reactor; by colliding the neutrons emitted as a product of fusion with the lithium in the ceramic, tritium can be produced and then fed back into the plasma. The ability of the ceramic to do this effectively, whilst exposed to high temperatures and radiation levels, is paramount to producing working fusion reactors for the future.

I’m very much looking forward to learning more about this field, and hopefully contributing a small piece to the dynamic fusion puzzle that evolves ahead of us.