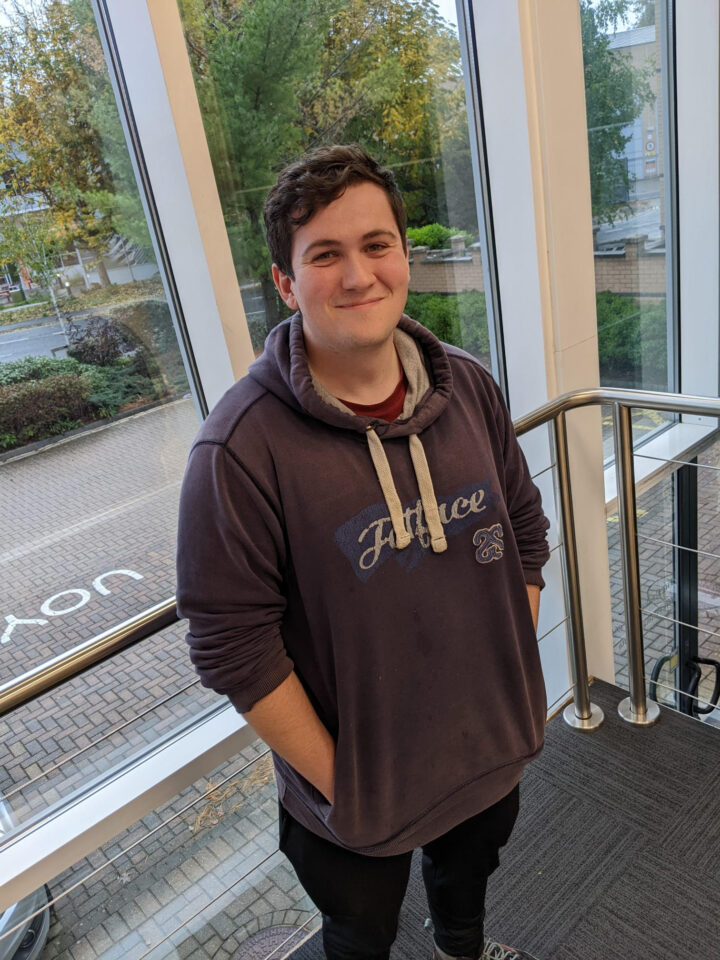 After I graduated from my undergraduate degree with the Open University, I attended a tour of the Culham Centre for Fusion Energy (CCFE). I really enjoyed electromagnetism during my prior studies, and the prospect of applying this to solving the global energy crisis was incredibly exciting. This drove me to pursue further education in plasma physics and fusion at the University of York where I completed my Masters in Fusion energy. My MSc project brought me back to CCFE where, using a novel spherical harmonic method formulated by Dr Oliver Bardsley, I designed a computational tool to optimise poloidal fields within the MAST-U tokamak.

Plasma exists outside of tokamaks in many forms with a variety of applications. My project will focus on negative ion production in low-temperature plasmas. Negative ions are used in neutral beam injection to heat fusion plasmas and drive current. Beyond fusion, they have uses in areas such as spacecraft propulsion and surface processing. With my supervisors James Dedrick, Chris Ridgers and Erik Wagenaars, I’ll be further developing a massively parallelised, fully kinetic particle-in-cell simulation tool with a robust reaction chemistry set to describe low-temperature hydrogenic plasmas. This tool will then be used to investigate novel areas of plasma research.