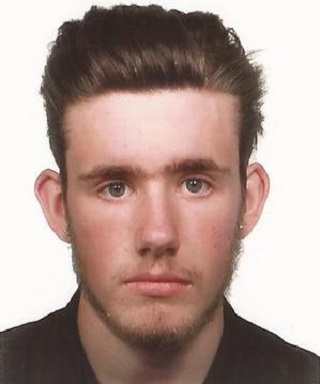 I am a Fusion CDT student working on “radiation dominated physics in relativistic laser-plasma interactions” at the University of York and supervised by Prof Nigel Woolsey.

Within a few optical cycles a focussed optical laser beam can reach intensities exceeding 10^20 W/cm^2. When incident on a solid this laser creates a high energy density plasma – a short-lived state characterised by extremely high energy densities or pressures. A powerful method for studying these plasmas in situ is X-ray spectroscopy. This has led to the observations of hollow atoms which are atomic states where the atoms or ions have been ionised from inside first. This is an example of a system far from equilibrium. The most plausible cause for forming these hollow atoms, and in the quantities observed, is by photo-pumping the atoms with a very high flux X-ray source. Atomic models suggest this intense X-ray source is polychromatic. The question remains whether it is possible to observe this X-ray source using the hollow atoms as a diagnostic of the laser-solid interaction itself.

The polychromatic X-ray radiation field is thought to originate from nonlinear electron interactions with the laser and relativistic electron transport in the solid. Understanding this could suggest a method for the creation of powerful X-ray sources which may also be useful for other future applications. The radiation field is of such intensity that the generation of it may change nature of the laser absorption processes and an early indication that additional physics will come into play as with increasing laser intensities.

In this project I intent to link experimental studies of ultra-intense laser-solid interactions and hollow atom spectral measurements to computational plasma and atomic physics modelling and theory.  With this approach I aim to understand the generation mechanism and spectral properties of the radiation field. The project is part of a large collaboration with colleagues in UK, Germany, USA, Russia and Japan. This project is funded by the Central Laser Facility at the Science Technology Facility Council (STFC) and the Engineering and Physical Sciences Research Council (EPSRC) Centre for Doctoral Training.