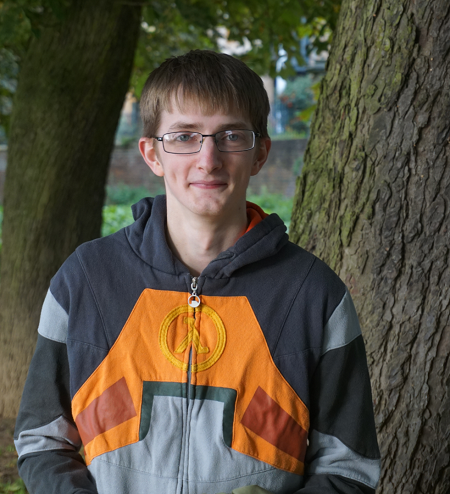 While I was studying for my integrated masters in computational physics at Edinburgh university, a friend commented that as physicists we could contribute to the development of fusion energy. As a result, I’m doing a PhD.

In the summer between my 3rd and 4th years at Edinburgh, I had a fantastic time doing an internship at the Diamond Light Source. While there I was exposed to X-ray imaging (not literally), although it wasn’t the focus of my project. Then, between my 4th and 5th years, I attended the CCFE Plasma Physics Summer School.

My Senior honours project looked at lithium/sodium superconducting at high pressure, and my masters project was focused on thin layer turbulence.

My current project’s title is “Transformational imaging diagnostics for inertial confinement fusion”. Inertial confinement fusion involves heating and compressing a small amount of fuel (deuterium and tritium) with lasers until it is dense and hot enough to undergo fusion. The lasers cause the compression by ablating a surface material, which leads to “the rocket effect”. As the material ablates off the surface, it causes a compression force (through Newton’s laws), using the same idea that explains rocket propulsion.

The maximum density and heat in the core is achieved with symmetric compression, which requires symmetric ablation, which is quite difficult to achieve. This task is made especially difficult as it is hard to image inside the fuel.

Under the supervision of Nigel Woolsey (University of York) and Robbie Scott (STFC-CLF), my project’s goal is to develop new imaging techniques (likely involving phase contrast imaging), to aid and improve inertial confinement fusion diagnostics. This will likely involve using computational simulations to test the imaging technique to see if it yields accurate images and useful results.