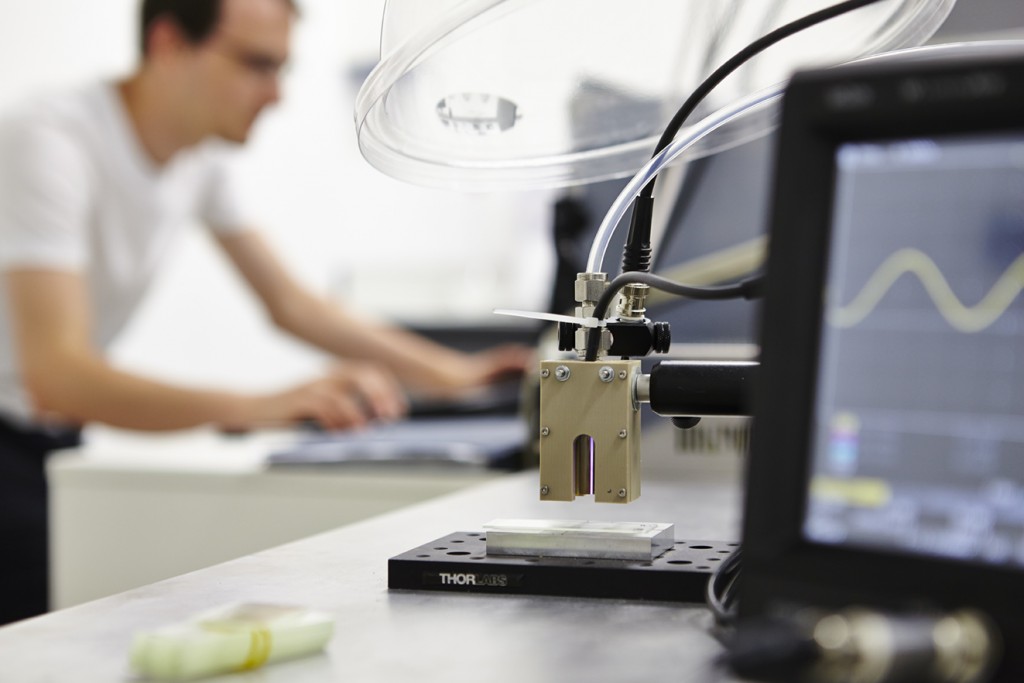 The interaction of the edge plasma with the chamber surfaces has many aspects, including bombardment of the surfaces by highly energetic plasma species coming from the core plasma regions, the generation of neutral atomic and molecular species at the surfaces, the transformation of the surface structure itself due to the impact of high-energy species, and generation of dust-like micrometre-size particles that travel around the plasma edge, to be redeposited in other areas of the chamber.  Many of the processes that occur at the plasma edge are also important in non-fusion contexts, especially in the industrial processing of materials by plasma discharges, and research into these processes often benefits by an inter-disciplinary approach.

Within the Fusion CDT, research in this area is based mainly at the Universities of Liverpool and York, focusing on the interaction of the edge plasma with the chamber surfaces, and the measurement methods used to study the low-temperature plasma conditions found in this region.

Next-generation magnetic confined fusion reactors, e.g. ITER, will incorporate external heating sources to sustain the plasma at fusion temperatures. One option is neutral beam injection (NBI), which works by depositing a beam of high-energy, neutrally charged particles into the core plasma. Current NBI sources envisaged for ITER and JT60-SA, for example, are underpinned by the generation of negatively charged ions using a low-temperature plasma. These are then accelerated to high energies via an electric field, with neutralisation occurring prior to injection through the magnetic field that surrounds the core. The development of low-temperature plasma sources that can generate sufficiently large, uniform and stable negative ion currents represents a significant challenge, and this is aided through interdisciplinary research synergies with plasma materials processing and electric propulsion.