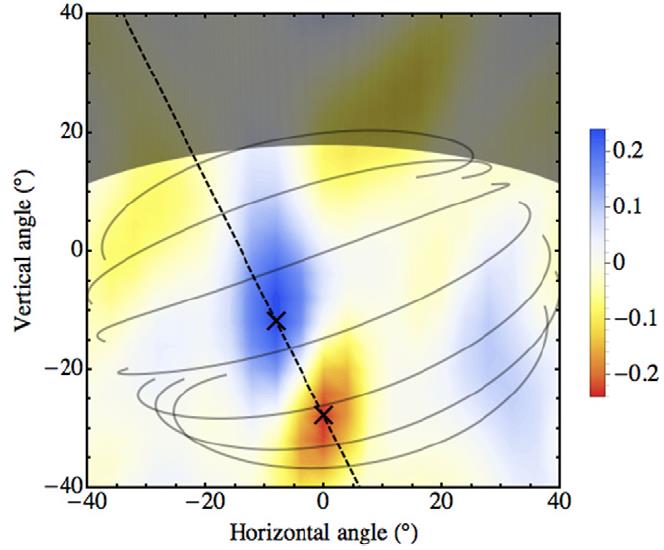 The Synthetic Aperture Microwave Imaging version 2 (SAMI-2) system is a novel microwave camera operating in the 20-40GHz frequency band to probe the tokamak plasma edge: the anisotropic emission of microwaves from the plasma gives us information about the magnetic field in the edge (which is difficult to measure using standard diagnostics); by injecting microwaves and imaging the reflected & back-scattered signals, we are able to characterise turbulence and flows.

The SAMI prototype, conceived and implemented under a York/CCFE collaboration and funded by EPSRC, was installed on MAST and thence NSTX-U (at Princeton Plasma Physics Laboratory). SAMI succeeded in making the first measurements of the direction of the magnetic field in the plasma edge using the so-called two-dimensional Doppler back-scattering technique (see Figure).

SAMI-2 is an enhanced system with four times as many antennas, the ability to image both polarisations and simultaneous two-frequency acquisition. With EPSRC funding, we are currently designing and building the diagnostic in time for installation and commissioning during the first experimental campaign of MAST-U, the UK’s new tokamak at the Culham Centre for Fusion Energy.

This PhD project will exploit the SAMI-2 diagnostic during the second and third MAST-U experimental campaigns, to probe new physics, and specifically to understand the dynamics of the plasma edge. In particular we are interested in using the observed magnetic shear to understand the evolution of the edge current density – a difficult-to-measure quantity that plays a key role in the plasma’s stability.

This studentship will be based at the University of York at least for the first year; thereafter some extended periods might be spent at the Culham Centre for Fusion Energy.

This project is offered by University of York. For further information please contact: Roddy Vann (roddy.vann@york.ac.uk)