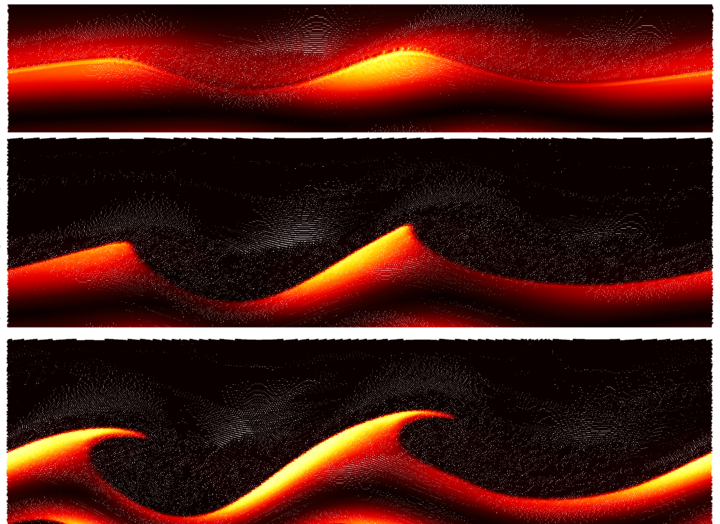 Divertor components in Tokamak devices are subjected to significant thermal loads, both in steady operation and during transient plasma disruption events. These thermal loads can result in a melt layer at the surface of divertor components (typically made from Tungsten), which interacts with the plasma, forming molten Tungsten splashes and ejecta, which lead to plasma contamination. This ablation can also significantly reduce the lifetime of plasma facing components, increasing disruption to Tokamak operation. Critically, the behaviour of the melt layer and the dynamics of Tungsten ejecta in response to plasma disruption events is not well understood. In this project, you will develop numerical models to simulate the interaction between the melt layer and plasma, in order to better understand the ablation processes and ultimately support divertor component design and Tokamak operation.

The numerical methods will be based around Smoothed Particle Hydrodynamics (SPH). In SPH, the liquid, solid and plasma may be treated as a discrete set of particles that move in a Lagrangian manner. SPH is well suited to problems of this type that involve multi-phase flows and complex physics with highly deforming interfaces and ejecta.

You will develop a multiphase SPH model, including thermal and magnetic effects, to simulate the high-density ratio interface between plasma and tungsten. Additional physics will be added in the form of models for the melting and vaporisation at the plasma-metal interface. These will be built on leading parallel SPH codes developed over years at Manchester with international collaborators, for example, the open-source DualSPHysics software or the incompressible SPH approach. Simulations will focus on the formation of splashes and spray, and a quantification of the ablation process under different plasma conditions. In particular, you will investigate how spatio-temporal fluctuations in the plasma flow (such as localised jets) influence melt layer surface instabilities, and the conditions under which plasma contamination is minimised.

Where appropriate, available experimental data will be used to calibrate and validate these simulations leading to an improved understanding of the ablation process, supporting improvements in the design and longevity of divertor components and in the operation of Tokamak devices.

The project will be mainly based in Manchester, but there will be opportunities for overseas travel and to present research outputs at international conferences.

This project is offered by the University of Manchester. For further information please contact Dr Steven Lind: steven.lind@manchester.ac.uk