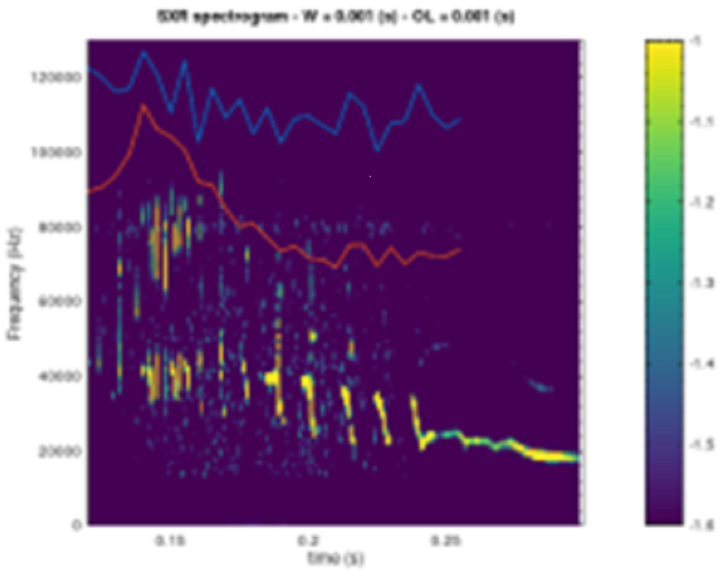 Modelling of the interaction between fast ions and MHD instabilities relies on the accurate description of the plasma equilibrium perturbations both in terms of their spatial structure and time evolution. Numerical codes are used to compute the perturbation eigenfunctions but their experimental verification is limited to magnetic field flux measurements outside of the plasma region using pick-up coils. No direct measurement of the perturbation spatial profile and amplitude is available. Soft-X rays emission can be potentially used to infer the structure of these perturbation on a very fast time scale (sub millisecond) which is comparable with their time evolution. MAST Upgrade is equipped with an array of SXR detectors which provide a good coverage of the whole plasma region. This, combined with MAST Upgrade flexible NBI heating and low magnetic field will allow to study a wide range of fast ion physics scenarios in ITER and fusion reactor relevant conditions.

This project is focused on the forward modelling of the SXR emission of MAST Upgrade and its validation against experimental measurements with the aim to constrain the spatial profile and amplitude of the plasma perturbation affecting the confinement of fast ions in a wide range of operating scenarios. Inversion methods (such as tomography) will be also investigated to determine the structure of the perturbations. The perturbation so calculated will be used in reduced transport modelling codes for the evaluation of the level of fast ion redistribution and losses using TRANSP/NUBEAM and HALO codes and then compared with measurements from a wide range of fast ions diagnostics (FILD, FIDA, compact NPA and charged fusion product detector). This is a modelling project for which good numerical computation skills are required. The research will be carried out mainly at Durham University with collaborations with CCFE. International travel and participation to international conference and workshops are foreseen. 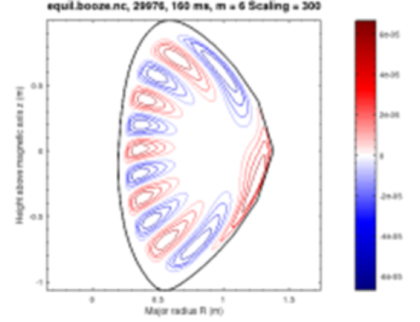 Feature image, a simulation of the local SXR perturbation due to a n = 1, m = 6 TAE.

The project will be mainly based at Durham with short stays at CCFE.