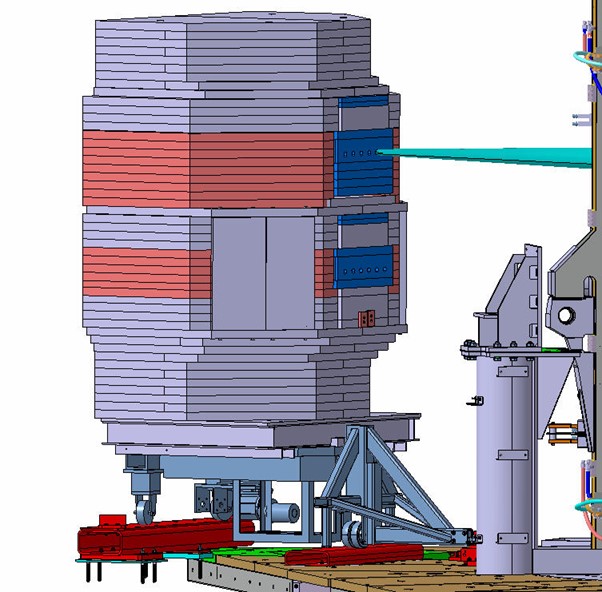 MAST Upgrade is equipped with an on-axis and an off-axis neutral beam injector. The on-axis NBI, injects fast ions on MAST Upgrade equatorial plane in tangential direction resulting in fast ion deposition profile that is peak in the plasma core. The large fast ion pressure gradient resulting from the on-axis NBI system is known to drive plasma instabilities that reduce the fast ion confinement and thus the plasma performances. The off-axis NBI is also injected tangentially but approximately 60 cm above the equatorial plane, thus broadening the fast ion deposition profile and reducing the fast ion pressure gradient suppressing the drive of these plasma instabilities. Proof-of-concept of this was demonstrated on MAST and confirmed by preliminary results on MAST Upgrade.

Among the wide range of diagnostics dedicated to the study of fast ions, neutron diagnostics provide information on the confined fast ions thanks to the fact that on MAST Upgrade, neutron emission is dominated by beam-thermal nuclear reactions. Neutron emission on MAST Upgrade is measured by a recently installed 6-channels collimated neutron flux monitor looking in tangential direction on the equatorial axis.

The project will focus on the design, development, construction, installation and commissioning of a multi-channel, collimated neutron flux monitor dedicated to the measurement of the neutron emissivity off-axis, where the fast ions are being deposited by the off-axis NBI. Analysis of initial observations are expected to be part of this project.

The results of this project are expected to be presented at international conferences and to be published in scientific journals.

The project will be mainly based at Durham but will require long stays at CCFE.

The project may be compatible with part time study, please contact the project supervisors if you are interested in exploring this.