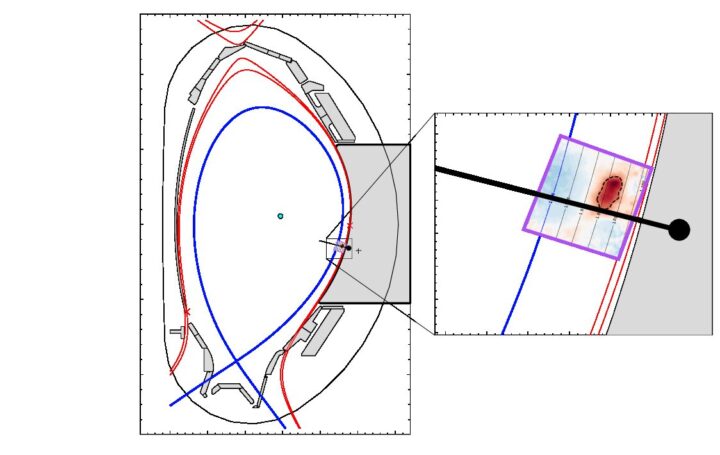 Many of the most crucial and scientifically most challenging problems of magnetically confined fusion occur near the surface of the plasma. This is the region where the formation of transport barriers can lead to tighter confinement of energy and mass, where edge localised modes (ELM) erupt, which cause vast transient heat loads to plasma facing components, but even the long-term average plasma exhaust and the consequent interactions between the plasma and solid materials put substantial constraints on the safe operation of fusion devices. The coupling of the relatively cold unconfined plasma (the so-called scrape-off layer, SOL) and the hot core is an unintuitive, timely and eminently important area of tokamak science. This project is part of a broader programme to understand this coupling and it is aimed at addressing the physical mechanisms connecting the SOL boundary conditions to the confined plasma. There are three main objectives:

The project is ideally suited for a student interested in experimental work using 2D imaging diagnostics and willing to learn theory and simulation efficiently to connect the two areas.

The project will provide opportunities to work with high performance fusion grade plasmas in the UK (MAST-U) as well as Europe (ASDEX-Upgrade, Germany). The time spent on the project will thus be split between York, Culham (Oxfordshire) and require stays of a few weeks in Germany.

This project is offered by The University of York. For further information please contact: Istvan Cziegler (istvan.cziegler@york.ac.uk)

This project is not compatible with part time study.