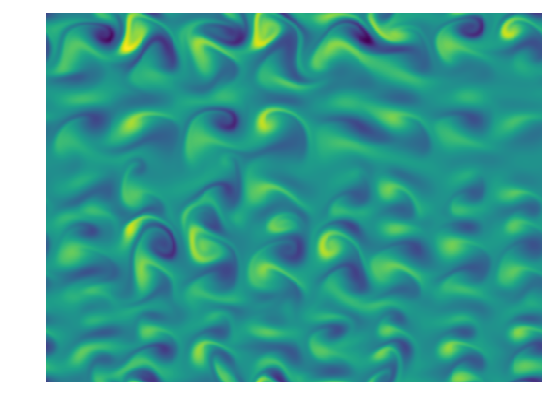 The fusion performance of tokamaks is strongly influenced by the effectiveness of the background magnetic field in holding particles and energy inside the central plasma volume and away from the tokamak’s walls. Fluctuations in the electromagnetic potentials, resulting from a multitude of small scale plasma instabilities, can limit the confinement that can be achieved in these tokamak plasmas. Such fluctuations are typically important at high beta or beta’, typical of spherical tokamaks (STs), such as MAST-U, or the so-called “pedestal” of all tokamaks (e.g. JET or ITER). The study of these instabilities and the associated turbulent fluctuations is therefore vital in order to better understand the physics processes leading to enhanced losses and hence fusion performance degradation. The small scale and turbulent nature of the fluctuations can pose a challenge to experimental measurements of instability properties and data interpretation. Both theoretical and numerical studies of instabilities are therefore extremely useful approaches which can aid interpretation of the experimental data as well as allowing more flexibility in probing the underlying physics in detail. Unfortunately the study of electromagnetic turbulence is significantly more challenging than for the electrostatic system, both experimentally and theoretically. Here we propose to use high performance gyrokinetic simulations to explore the non-linear behaviour of electromagnetic instabilities in the core of MAST-U and of high beta spherical tokamaks. Such simulations are also likely to provide insight into the behaviour of the H-mode pedestal, where simulations are often even more challenging.

In a tokamak plasma the equilibrium profiles evolve on the transport timescale towards a steady state, that is determined by the sources of heat and particles and the transport fluxes induced by the turbulence. Calculations to predict the transport steady state would ideally use non-linear gyrokinetic calculations for the fluxes, but this is computationally intractable in general. Advanced fast transport models, like TGLF, have been designed to approximate first principles based gyrokinetic simulations, and they are used in transport codes to calculate the equilibrium profile evolution. TGLF, and other similar models, have so far mainly been built using results from gyrokinetic simulations of large aspect ratio devices. These models are not expected to be accurate for advanced ST devices. Here we propose to use our electromagnetic gyrokinetic simulations for high beta STs to test the predictive capability of reduced models like TGLF in these challenging systems, and to explore possible improvements that might expand their predictive capability.

The student would initially be based at the University of York. Following the initial training component, the student would then spend significant periods at Culham Centre for Fusion Energy in Oxfordshire, working closely with the transport modelling experts based on site and build on current emerging collaborations with external groups.

The researcher will have opportunities to learn fundamental plasma physics, with a focus on turbulent transport and integrated modelling. They will develop computational and theoretical skills and will have opportunities to use a range of high performance computational tools on some of the largest computers in the world in order to enable their research. They will gain experience in analysing experimental data from MAST and in working in an international environment.

This project is offered by University of York. For further information please contact: